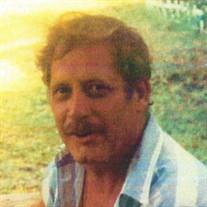 William Jay Stephens, 74, of Guntersville, Alabama, passed away peacefully on Thursday September 24, at his home with his loving wife by his side. William “Bill” Stephens was born to the late Oban “Carl” and Emma Hayden Stephens on July 25,1946, in Jackson Heights, New York City. In 1962, at the age of 17, Bill joined the United States Navy and honorably served four years during the Vietnam era on the aircraft carrier USS Lake Champlain. In August of 1965, the carrier was the recovery carrier for astronauts Cooper and Conrad from their Gemini mission to space. Bill later moved to Pennsylvania with his first wife, Libby Thomas, and their baby son, Russel J. Stephens. A gifted carpenter by trade, Bill attended Williamsport Community College and earned a certificate degree in Interior Design while working at Wood-Mode Cabinetry in PA. Bill visited his father’s family in Alabama as often as possible and always had a strong desire to return to his family roots there. In 1985, he married Val Jones and the two fulfilled that desire when they moved to Guntersville later that year. Bill was known for his generosity, sense of humor, and quick wit. He was a talented knife maker, leatherworker, and artisan of early Native American craft arts such as flint knapping and tanning hides, as well as bladesmithing. Bill loved reading, riding his motorcycles, hunting, fishing, and gardening. He retired from the Marshall County Health Department in 2004. He is preceded in death by both of his parents; his brothers, Hayden “Pete” and David; and his only child, Russel Jay Stephens, in 1996. Bill is survived by his wife of 35 years Valerie “Val’ Jones Stephens; sister, Peggy Webber (Frank), of Middleburg, Pennsylvania; sister-in-law, Irene Stephens, of Appomattox, Virginia; sister-in-law, Janice Jones, of Selinsgrove, PA; sister-in-law, Lori Jones, of Spotsylvania, Virginia; as well as numerous cousins, nieces, and nephews in Alabama, Virginia, Connecticut, and Pennsylvania. The family would like to thank the staff at Heartlite Hospice in Scottsboro. They provided comfort, care and friendship in our time of need - truly “angels on earth.” In lieu of flowers the family requests donations made in Bill’s name to Heartlite Hospice, 111 E Willow St, Scottsboro, AL 35768 A celebration of life service will be held at a later date. Albertville Memorial Chapel Directing

William Jay Stephens, 74, of Guntersville, Alabama, passed away peacefully on Thursday September 24, at his home with his loving wife by his side. William &#8220;Bill&#8221; Stephens was born to the late Oban &#8220;Carl&#8221; and Emma... View Obituary & Service Information

The family of William Jay Stephens created this Life Tributes page to make it easy to share your memories.

Send flowers to the Stephens family.